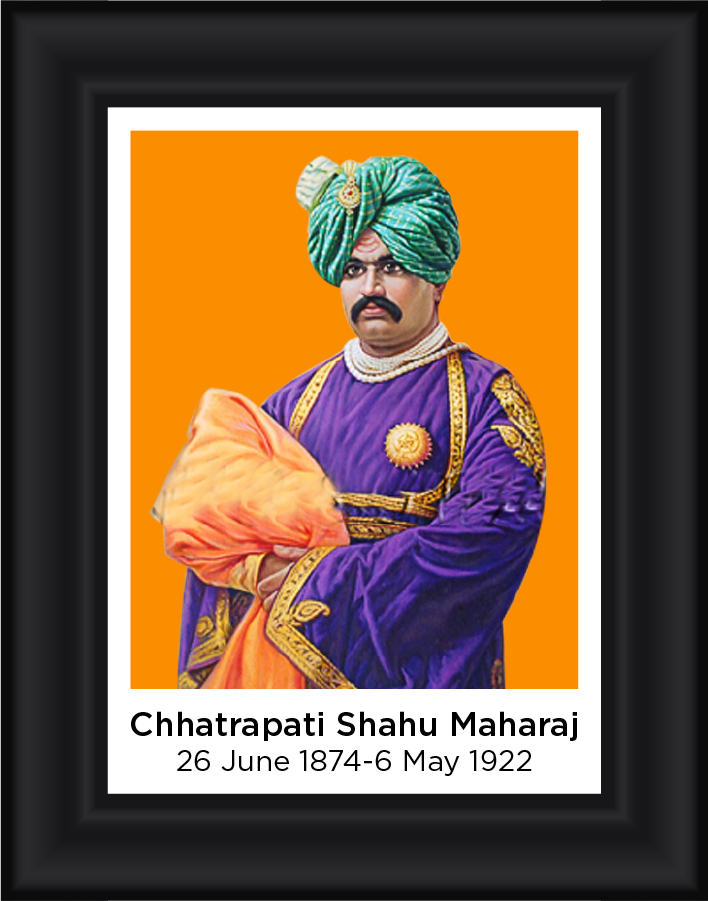 Chhatrapati Shahuraje Bhosale Maharaj ascended the throne of Kolhapur in 1894, bringing an end to the 50-year old regency administration. The most benevolent and progressive rule of 28 years from 1894 to 1922 ushered a new era of social, cultural and economic reforms for which he is remembered as one of the greatest
ruler. Shahu Maharaj carried out comprehensive administration, economic and social reforms. He also passed the law of abolition of bonded labour. He was the first person who implemented 50 per cent reservation for backward classes in government services. The socio-religious “Satya Shodhak” movement started by Mahatma Jotiba Phule was rejuvenated by Shahu Maharaj, later this movement spread specially in South India in the form of Justice Party. Untouchability was prohibited in his state by legal enactments.

Chhatrapati Shahu Maharaj was born on 26th July 1874 and died in 1922. He was a man of boundless courage, phenomenal energy and strength. To him, the liberation of depressed and the oppressed (SC, ST, OBC and converted minorities) class was the highest goal of action; and the one great aim of his legislation was to give them full rights of equality and liberty.
Apart from providing schools, hostels, scholar ships and other educational facilities for the untouchable castes, he issued following orders which shows path even to the modern statesman and administrators

All officers in the state revenue, judicial or general department must treat the untouchables who have entered the state services with kindness and equality. If any state officer has any objection to treat the untouchables according to the above order, he will have to give notice of resignation within six weeks from the receipt of this order and resign his post. He will be entitled to no pension. His highness expects every subject of his should be treated like a human being and not like a beast. His highness wishes and hopes that they will follow in the foot steps of the missionaries, the railway authorities and government officials. “
Is there another ruler of men in the history of India Who did all this? Who was so modern? And who was so brave?
(Courtsey-Chhatrapati Shahu-The Pillar of Social Democracy Pg. 38-39)